FREE EVENT: Join us September 14, 2020 at 6:30 PM for our next Cooking with Purpose, featuring Chef Evelyn Garcia of KIN HTX.
Reserve your free ticket below or click here.

Evelyn Garcia was born and raised in Houston, Texas.  Her interest in the culinary field began at a young age, often cooking for her three younger siblings. Evelyn got her first line cook job at Spice Market by Jean Georges; emphasizing on South East Asian cuisine, she fully indulged in everything Spice Market had to offer, while working under Chef Anthony Ricco.

After leaving Spice Market in 2011, Garcia traveled to India for some time. Once back in New York City, Garcia took a job at Masak, Singaporean focused restaurant with Chef Larry Reutens. After working at Masak for over a year, Garcia, felt it was her time and pursued a sous chef position.

Garcia joined Kin Shop as the Sous Chef, under Chef Harold Dieterele, at the end of 2012 till the end of 2014. While at Kin Shop Garcia was able to participate on Food Networks Chopped where she was announced Chopped Champion in the episode title "All Burger Meal".

After leaving Kin Shop, Garcia decided to take two months off to travel throughout South East Asia and stage at some of the best restaurants in Thailand. Evelyn once again calls Houston, Texas home and has yet wavered in her goals, passion, and creativity for the culinary world. 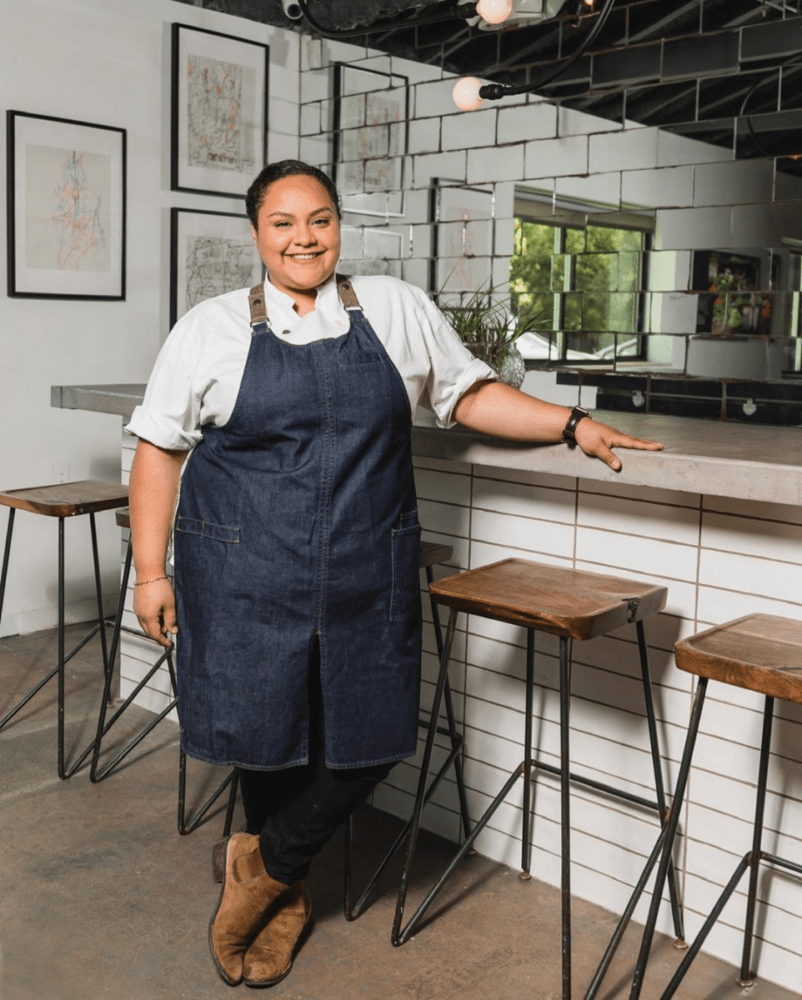